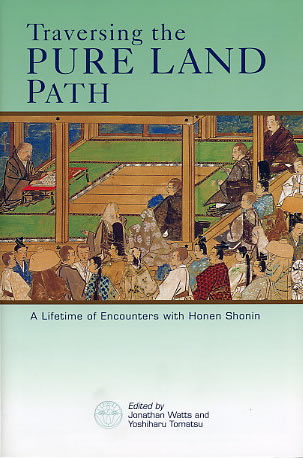 In establishing his own Pure Land Buddhist community in 1175, Honen (1133-1212) initiated the great Japanese Kamakura Buddhist reformation in which the great teachers Shinran, Dogen and Nichiren subsequently followed. Drawn from The Forty-Eight Fascicle Biography of Honen Shonin written around 1313, this volume chronicles the lives of the many different kinds of people whom Honen taught to find release from suffering and Birth (ojo) in the Pure Land "just as you are". Significant new editions of Honen's own words clarify the various interpretations that his followers took of his teachings. Also, numerous, short information boxes offer background into the history and teachings of Pure Land Buddhism. Reprinted drawings from The Forty-Eight Fascicle Biography of Honen Shonin, a designated National Treasure of Japan, are interspersed within the text to dramatize Honen's life. A special full color section of these 31 reprints is included at the beginning of the volume. From Alfred Bloom, Professor Emeritus at the University of Hawai'I, renowned Pure Land scholar, and author of such titles as Shinran's Gospel of Pure Grace, The Promise of Boundless Compassion, and Living in Amida's Universal Vow. "Honen is the pioneer who established the Pure Land Buddhist teaching as a distinct religious movement in medieval Japan. Nevertheless, there has been a dearth of materials to put his work and achievements in meaningful perspective. Editing a voluminous, traditional biography, the authors of this volume have combined modern insight with traditional narrative. They give us a glimpse of the reverence and esteem for Honen among the ancient people, lifting him above the ordinary. At the same time they offer a historical perspective on him and his successors' devotion and compassion in announcing the good news of Amida Buddha's Vow, expressed in the Nembutsu (the recitation of the name of the Buddha), to the yearning masses. The text also reveals the diversity of viewpoint and nuance among the successors. This volume is a welcome addition to the growing literature in the field, broadening our understanding of the Pure Land teaching and assisting spiritual seekers in their quest for a meaningful and humane approach to life."